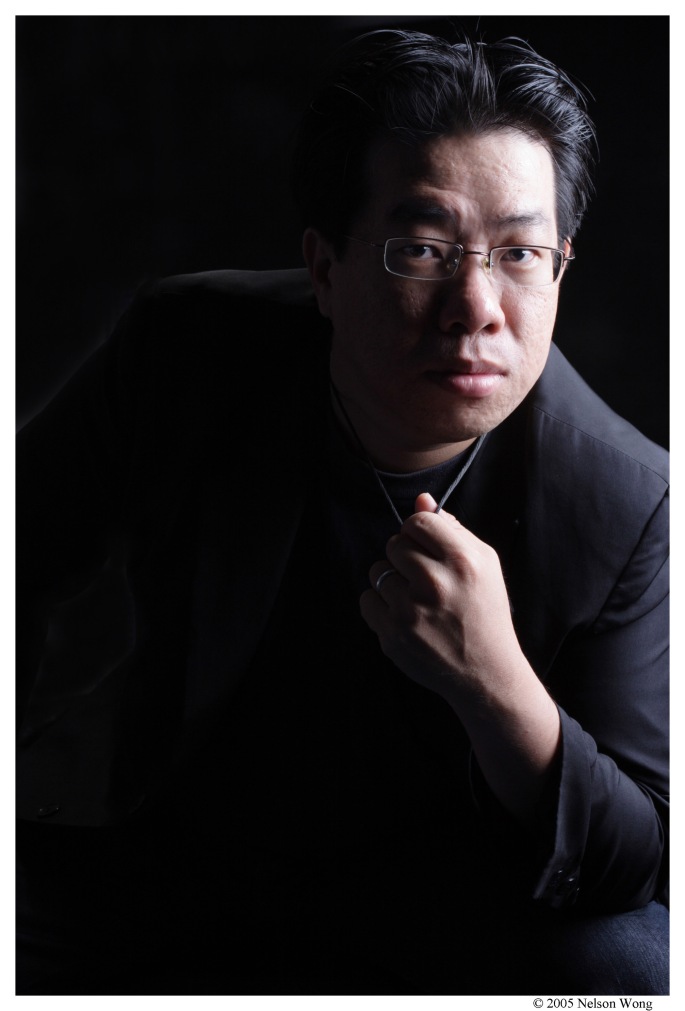 Malaysian leading Composer Dr. CHONG Kee Yong, the winner of multiple composition awards and one of Malaysia’s leading contemporary music composers, possesses one of the most exciting voices in new music today. Few composers succeed in fashioning a truly individual sound from the range of experimental techniques currently available, and Chong is one of the few who can turn a melange of exquisite timbres into a compelling piece of music that, most importantly, still bears a signature style. Indeed, his work has been hailed as “imaginative and poetic” by leading conductor-composer Peter Eötvös, and as “very inventive and artistically pure” by composer Jonathan Harvey. Belgian pianists Jan Michiels and Inge Spinette describe his as a “very personal voice, very deep and convincing.”

Dr. Chong Kee Yong was born into a farming family in the small town of Kluang in the heart of Johor, a palm oil plantation state in the south of Malaysia. Growing up in a rustic environment left an indelible mark on his artistic outlook, with the sounds and phenomena of nature providing endless sources of musical inspiration. Chong’s initial musical training at the Malaysian Institute of Arts introduced him to the more cosmopolitan city life of Kuala Lumpur, and his formative studies further afield at the Xian Conservatory in China, with Professors Rao Yuyan and Zhang Dalong, brought him full circle to his Chinese heritage. Chong pursued his final studies at the Royal Conservatory of Music in Brussels (Flemish and French sections) under the guidance of Professors Jan Van Landeghem and Daniel Capelletti. In 2001, the Conservatory unanimously awarded him the “Meester in Muziek” with highest honours. During his time in Brussels, Chong acquired and developed the tools to create the compositional style that he is best known for today: an engaging balance between cutting-edge, modern technique and a profoundly soulful, poetic beauty. Chong’s post-graduation studies included master classes with composers such as Brian Ferneyhough, Daan Manneke, Peter Eötvös, Salvatore Sciarrino, Henri Pousseur, Hanspeter Kyburz, and many others.

In his compositional style, Chong embraces a vivid and constantly expanding palette of instrumental colours, while at the same time he is unafraid to explore the traditions of the past and incorporate aspects of tonality, lyricism, and rhythmic vitality into his austere contemporary language. This language is enriched by his multi-layered ethnic and cultural ancestry, which includes Chinese as well as multicultural Malaysian heritage. One can detect traces of Chinese opera, as well as gamelan influence, in his Monodrama (2004) for oboe, ensemble, and electronics; hints of kabuki and Asian funeral rituals in his extraordinarily moving symphonic work Tearless Moon (2006); and elements of calligraphy in his poetic I Hear The Wind Calling (2003). Connecting further with his Chinese roots, Chong also explores the sonic possibilities of traditional Chinese instruments in his Metamorphosis VI – Wind Prayer for sheng, gu zheng, pipa, and ensemble.

Chong’s distinctive style has won him an unending series of awards and commissions. His two-time success in Belgium with the Prix Marcel Hastir, awarded by Belgium’s Royal Academy of Sciences, Letters, and Fine Arts in 1999 and again in 2003, was followed in 2004 by his triumphant debut in his home country upon winning the Malaysian Philharmonic Orchestra International Composers’ Award (MPOICA). The return of Chong’s music to Malaysia is particularly significant, as Chong is now regarded as the leading figure in the emerging art music scene of his country, and indeed of the entire Southeast Asian region.

In addition, his music has been aired on AiFm (Malaysia); Deutschlandradio Kultur (Germany); Austria’s ORF and Taiwan Bravo FM91.3 , which both broadcasted a portrait concert of Chong’s works.

Chong’s prominence in the contemporary music world is also attested to by his frequent invitations to residencies and fellowships abroad. In 2006, Peter Eötvös nominated Chong for a composer’s residency, from August to December of that year, at the Herrenhaus Edenkoben Foundation in Germany. One year later, Chong was invited by American composers Prof. Chou Wen Chung and Prof. Chinary Ung to present his music alongside theirs in a joint concert in New York; the invitation resulted in a visiting artist fellowship granted by the Asian Cultural Council in New York, where he stayed from May to October of 2007. He has been awarded the composer-in-residency with Akademie der Künste (Germany), the Center Henri Pousseur (Belgium), SWR EXPERIMENTALSTUDIO (Germany), Civitella Ranieri Foundation Fellowship 2014 (USA/Italy), National Gugak Center Fellowship 2015 (Korea), ignm-vs_forum Wallis 2017 (Switzerland) and Spring Workshop 2017. (Hong Kong)

To recognize Chong’s contributions to South East Asia’s contemporary music scene, Huddersfield University (UK) awarded him a full scholarship for a special PhD by publication 2014-2016 under the guidance of Prof. Liza Lim.

Chong is the creative director of Studio C, president (2017-2019) and vice president (2011-2016) of the Society of Malaysian Contemporary Composers, and was the artistic director of the 2009 Kuala Lumpur Contemporary Music Festival and SMCC Contemporary Music Festival “SoundBridge” 2013, 2015 and 2017. 2016-2017, he was visiting professor of Shanghai Conservatory of Music and 2018 he was visiting professor of The Royal Danish Academy of Music.

(You can listen to Dr. Chong Kee Yong’s music on www.chongkeeyong-studio-c.com or https://soundcloud.com/chong-kee-yong and write to kychongcom@gmail.com for any inquiries)